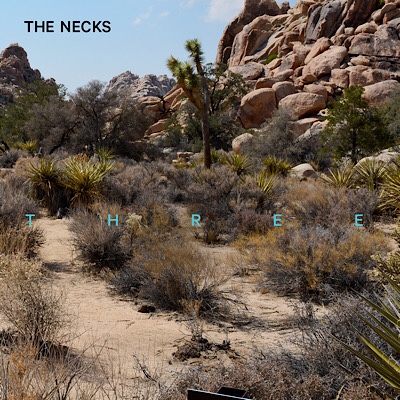 The bustling, unrestrained soundscapes created by The Necks are unmistakable. Since the late 80s, the Australian trio has blended jazz, ambient and experimental music to form lengthy, hypnotic pieces. And by developing an instrumental formula of piano, drums and bass — with the occasional organ and guitar — the band has won a dedicated following that seems to grow with every new album.

On the group’s latest release, the aptly named Three, The Necks deploys frenzied cymbals, ethereal piano melodies and grounding bass lines to animate the trio of songs that divide the record’s hour-plus runtime. And with each track conjuring up its own teeming or spacey atmosphere, the album presents a fittingly diverse follow-up to Body, the band’s 2018 release that consisted of one unbroken 56 minute track.

From Three’s beginning, the listener is immediately challenged by a fury of rapid fire cymbal hits that never relent. Throughout the 21 minutes of the opening track, “Bloom,” drummer Tony Buck tirelessly taps out a metallic rhythm that sounds like the pistons firing in a car’s engine while the hood is popped. But despite the frenzy of the cymbals, Chis Abrahams’ cool piano and Lloyd Swanton’s steady bass still punctuate the forward-looking track with jazzy elements. Swanton, in particular, anchors the song’s repeats with a commanding bass line that comes closer to iconic more than any other sound on the album.

Contrasting the opener, Three’s middle song takes a turn in tone toward spacey and mournful. “Lovelock,” a 22 minute track dedicated to Damien Lovelock, the late frontman of the influential Australian punk band The Cellibate Rifles, quiets the barrage of percussion and replaces it with only an occasional cymbal wash or snare drum roll. If “Bloom” is like the caffeine buzz from a cup of coffee, then “Lovelock” is the crash that follows. In addition to sparser drums, the song uses glowing piano notes, bubbling organ chords and shimmering chimes to craft a new age elegy that channels the hereafter — especially after it picks up around the 13 minute mark. Soothing and sometimes haunting sounds arise from the song’s spacious depths only to eventually fall back into it, making “Lovelock” the most tranquil and meditative of Three’s offerings.

After “Lovelock” comes to a close, the album’s third and final song brings back the experimental cymbal flutters that opened the record. Undoubtedly the most jazz-inspired track on Three, “Further” is built on a rhythm section that allows Abrahams’ piano playing to shine, as it comes to the forefront at all the appropriate spots. Still, even with stellar piano improvising and a powerful rhythm section, the 21 minute piece does grow exhausting before the halfway mark. With little noticeable variation, the song becomes too repetitive without drawing the listener deeper in its world. But, with that said, the beautiful ascending piano line that ends the track is an unexpected highlight and a memorable sendoff to the whole project.

Out of the more than a dozen albums The Necks has released, Three is a record that is one of the most personal and emblematic to its artistic intention. With a meaningful tribute to a fellow countryman and two songs that advance the band’s sound, Three’s impact can be felt beyond its instrumentation. It also contains enough idiosyncrasies, such as its frenetic cymbal playing, to separate it from past releases while still embodying the band’s one-of-a-kind style.

For those already familiar with The Necks, Three presents another hour of new soundscapes to explore. And for those unacquainted with the band, it’s a great access point to a large and bountiful discography.