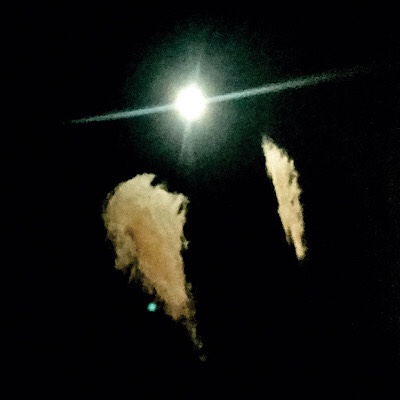 Photo Courtesy of The Flenser

On her Flenser-released followup to 2017’s Like Author, Like Daughter, Madeline Johnston, who has crafted music under the name Midwife since 2015, puts forth a masterful, dark dream pop record that’s primarily informed by loss. Forever, a sonic memorial of sorts, mourns both the loss of a close friend and the end of a community.

Beginning with the piano-driven opening ballad, “2018,” Johnston wastes no time in conveying the heartbroken state she embodies on Forever. Halfway through the ambient-inspired song she bitterly sings, “Get the fuck away from me/ 2018,” as if she were pleading with time itself. For Johnston, that year is marked with great personal tragedy stemming from the death of close friend and fellow artist, Colin Ward. The two had met while taking part in the Denver DIY space Rhinoceropolis, which was forced to close in 2016 shortly after Oakland’s Ghost Ship fire. Throughout Forever, Johnston channels the impression Ward made on her, as well as, her own feeling of loss, which can easily be felt in the rich, warm guitars, sparse pianos and grief stricken lyrics across the album’s six songs.

At one point on Forever, Johnston samples Ward’s actual voice as he recites one of his jam-packed poems. The song “C.R.F.W.,” a nearly nine minute piece, solidifies Ward’s presence on the album as he advises listeners to “live out the whole color spectrum, the cosmic mood ring.” Shortly after he finishes the poem by comparing death to a leaf falling in autumn, Johnston unleashes a deep, rumbling drone that guides the elegy to a close underneath electric flashes of back-masked guitar. With the poem and music sections perfectly complementing each other in emotional weight, “C.R.F.W.” becomes the album’s centerpiece.

But, although Forever recounts an individual instance of loss and grief, it also functions as a more universal meditation on those feelings. Johnston’s simple but sincere lyrics fill the album’s 34 minute runtime with heartfelt meaning. “Anyone can play guitar/Anyone can fall in love/Anyone can say goodbye,” she sings on the chorus of the hazy lead single “Anyone Can Play Guitar.” The mid-tempo song’s shoegazing guitar solo and booming drumbeat forge a sound so big that it could fill an entire ballroom, yet alone a DIY space. The song closes out with a haunting ambient section, making it one of the album’s highlights.

“Vow,” the somber piano piece that follows, shrinks the record back down and makes good use of negative space. But at four minutes long, its repetition of distorted piano and use of silence as an effect wear off and begin to sound like someone practicing a chord progression at home. The song “Language” eventually shakes off the cobwebs of “Vow” and livens the record up again with a catchy piano melody and celestial vocals. It’s also one of Forever’s best expressions of grief with Johnston futilely asking the unanswerable question, “How do I say it/In every language.”

The final song and second single, “S.W.I.M.,” closes the album with an onslaught of fuzzy guitar riffs and starry synths. As most of Forever plays out like the stages of grief, “S.W.I.M,” the closest thing to a title track, sees its narrator finding acceptance through resignation. “I don’t want to swim forever/Treading water my whole life,” Johnston sings, her vocals buried deep in the mix. Despite the song’s dismal feel, it makes for a satisfying finale that ruminates on mortality and suffering above a nebulous instrumental that sounds like Beach House gone goth.

Speaking about her intent for making Forever, Johnston said in a press release, “I wanted to write (Colin) a letter. I wanted to make something for him in his memory.” The loss of Johnston’s friend and the creative chasm left behind by Rhinoceropolis is palpable on this album, and she succeeds in expressing her grief with concise lyrics and cathartic atmosphere. In the same vein as albums such as Hospice or Carrie & Lowell, Forever provides an emotional schematic in overcoming the death of a loved one and moving forward without fully letting go.