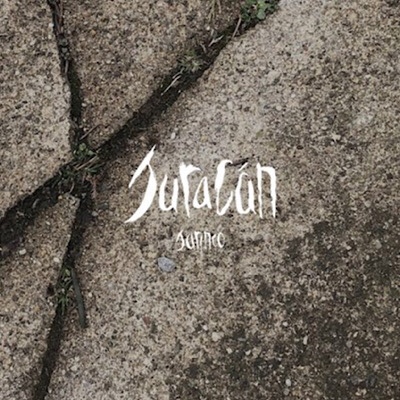 An album that has a lot of guitar playing on it still might not fit the label of a “guitar album.”

But, Juracán’s latest LP, Jarineo, which spans 20 tracks of fingerpicked melodies and reverberated echoes, could most definitely be categorized as such.

Juracán is the musical project of Portland-based musician Pierre Carbuccia Abbott. Originally from the Domican Republic, the multi-instrumentalist blends Latin-tinged acoustic guitar playing with reverbed-out post rock leads to craft a sophomore album that gives off a relaxing, end-of-the-day feel. Janireo carries along like mellow evening, a laid back mood interrupted only by the staccato power chords of the sludgy outlier, “Tensión” (Juracán’s sole member also plays bass in the Portland metal band, Flood Peak).

Carrabuccia Abbott’s lyrics pair well with the reflective feel of Janireo’s songs. Although most of the songs have Spanish titles, he sings all of his lyrics in English, save for his vocals on the piano-lead song, “Valor.” On album highlight “Psychotherapy,” he introduces his confessional-style vocals with lines such as “I haven’t felt this lost/Since my teenage years” or “I wanna tell you more/But I don’t know what to say.” The abundance of beatdown lyrics — which can also be found on other songs such as “Anxiety Riddles” or the Elliott Smith-indebted track called “More Space” — bolster the ruminative and plentiful instrumentals on the record.

In fact, the majority of songs on Janireo are free of vocals. An early instrumental track titled “En Casa” sounds like one of Led Zeppelin’s folk ballads with its intricate guitarwork and brooding sonic backdrop. “Complacencia,” the album’s longest track at four and a half minutes, dives headfirst into an ambient style by employing rumbling effects and soothing electric guitar melodies. Elsewhere on Jarineo, short interludes fill out the album by adding new textures and soundscapes to explore.

In addition to his favored instrument, the guitar, Carbuccia Abbott also introduces several other instruments on Jarineo such as a deep-sounding clarinet on the song “Clarinete” and a South American-sounding flute on “Flautéamo,” with the latter track featuring dynamic bass lines, as well.

The saxophone playing of collaborator Eric Leavell on “Flying Again” is another welcome addition to the album’s musical diversity. The single is also notable for having that album’s most uplifting chorus. “Sometimes it feels like you can fly/And sometimes you give flying a try,” Carbuccia Abbott sings atop his loudly strummed acoustic guitar.

Looking past the sometimes unpolished production on Janireo, Carbuccia Abbott’s practiced guitar animates every track on Juracán’s sophomore release, even when songs don’t fit conventional rock or pop structures. Jarineo is a textbook “guitar album” that notably incorporates a number of other instruments in support of its skillfully layered six-string sketches.